If the title to this post makes you scoff, thinking that Wales has nothing in common with a large Mediterranean island controlled by gangsters, think again. Wales may not be a sun-blest isle; judges are not shot down in the street; and drug-trafficking is not (yet) the major industry, but if we stick to the corruption of political and public life then the comparison is valid.

The Mafia has been a powerful influence in Sicily for a long time, so long that its tentacles now reach into almost every aspect of Sicilian life. This allows it to corrupt public life on the island in its interests, and for the benefit of its members and followers. Here in Wales it’s the Labour Party that controls things, to its electoral gain and for the financial advantage, and status, of its members and supporters.

But the problem in Wales is made worse, and the corruption deepened, by Wales’ colonial relationship with England. This relationship ensures that the corruption often benefits English individuals, English companies and agencies. These agencies, in the form of charities, ‘social enterprises’ and other imaginative constructs, are collectively known as the Third Sector. They are linked, first, in their loyalty to the Labour Party; second, through many of their leaders being ‘graduates’ of Common Purpose, an organisation building power structures in public life designed to by-pass or ignore the democratic process. Common Purpose is pro EU and almost certainly shelters under the Bilderberg umbrella. I have written about these organisations recently.

Let us now look briefly at examples of how Wales suffers from the incestuous, corrupting relationship between the Labour Party, the Third Sector and Common Purpose.

The most celebrated case (to date) is that of AWEMA (All Wales Ethnic Minority Association). AWEMA was the creation of Labour Party stalwart Naz Malik of Swansea, but thanks to generous public funding he soon went national and was able to provide jobs for the whole Malik family. Nepotism, misuse of funds, bullying, sexual harassment, you name it, AWEMA had it all. Warnings were given – in 2003 and 2007 – to the Labour administration in Cardiff that things were not right at AWEMA, but these warnings were ignored.

Eventually, the resignation of Board members triggered the collapse of the Malik family empire. For family empire it had become. In addition to supporting the fruit of Naz’s loins AWEMA was also linked with his sister’s charity, Lynk Reach, and even operated – with Welsh public funding – in Kenya and Pakistan! In chronological order, my postings on AWEMA can be found here, here, here, here and here. Another major scandal, has been Plas Madoc in Wrecsam. In brief: the regeneration of a ‘troubled’ estate, and the funding that went with it, was entrusted to Miriam Beard, from Manchester, who brought her family with her and ensured they also benefited from Welsh largesse. (And quite a family, the Beards, such a gain for Wales.) The enduring mystery is why an unqualified woman like Miriam Beard was ever put in charge of this ‘flagship’ project. Connections, possibly with the Labour Party, seem the only explanation.

But not all these scandals see the light of day, as I have realised since blogging on AWEMA. For following the AWEMA revelations I was sent information about another ethnic minority charity, one specifically for women. The problem here – apart from the usual bullying – seems to be that the woman running the show is married to a man whose business interests overlap with those of the charity. This, predictably, leads to ‘confusion’ over what’s what. From available evidence, we can safely assume a Labour Party connection.

Changing tack slightly, in August I posted a blog about the Wales Rural Observatory. This is a group of English academics (with of course a token Welsh presence) that gets paid millions of pounds to dream up policies and initiatives for rural Wales, which the Welsh Government then presents as its own handiwork. And results in another fudge between the academic and business worlds. I support links between the worlds of academe and business; my objections kick in when the ‘businesses’ are reliant upon public funding, and Welsh interests are harmed.

Another example of harming the interests, even threatening the safety, of Welsh people would be the turning of parts of Llanelli into what the town’s mayor describes as “an open prison“. Due to the Probation Service (for Englandandwales) and other publicly-funded agencies, such as Caer Las, taking advantage of a) cheap housing and b) a refusal by the Welsh Government to legislate for Houses of Multiple Occupation, to ship in criminals from England.
All facilitated by the fact that Llanelli is in Carmarthenshire, a county with a fading memory of democracy. This due to the local version of the Nazi-Soviet Pact, between Labour and Independents (i.e. Conservatives), handing over power to the dictatorial chief executive and his Common Purpose cohorts, who brook neither discussion nor dissent from those elected by the plebs. Especially those plebs foolish enough to vote for a party not represented in the Pact.
As might be expected, when we reach Labour’s stronghold of the Valleys then the corruption, and the waste of public funding on Labour’s favourites, takes on proportions that would shame any self-respecting dictatorship. Here are a few examples. 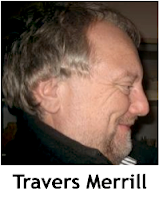 What is so revealing is that many of those involved in this musical chairs system of milking the public purse are not even Welsh – they’ve been drawn here because it’s just so easy to get public funding for any ludicrous ‘project’ or ‘social enterprise’.

With the result that Wales is corrupt from top to bottom. Our homeland is run by English civil servants, academics moonlighting as consultants, and Third Sector shysters ‘advising’ our politicians – in Estuary English, of course – what legislation they should implement. This done via ‘focus groups’ and ‘consultations’ of which we are usually unaware. Our politicians then do as they’re bid. Our politicians . . . that shower of useless, stupid, lazy, cowardly, drunken misfits down Cardiff docks. This is not democracy.

And it has crept down to our local councils, where those we elect are ignored as local government gets taken over by Common Purpose ‘graduates’. Made possible by the fact that the councillors we see today are of an inferior quality to those of the past. Our elected councillors should be giving orders to the senior officers, and taking only advice from them. Now, increasingly, it’s the other way round, with the councillors ignored. This is not democracy.

I began this longer than intended post by comparing Wales with Sicily, but the more I think about it, the more I realise that I’m being unfair to Sicilians, even mafioso. North Korea is probably the only fitting comparison.