Today, at Swansea Crown Court, a group of so-called satantic cultists, who moved from London to Cydweli, have been sentenced to long terms of imprisonment. These people used a professed fascination with the religion of ancient Egypt as an excuse for their twisted sexual appetites.

In addition to being the leader of the group, Colin Batley fitted a number of stereotypes we have been told we must accommodate in our homeland or else be branded “racist”. Neighbours described Batley as “an evil bully” and told of the cross of St. George flag on his house and his penchant for swaggering along the street in a challenging manner accompanied by his two rottweilers. So in addition to being a dangerous paedophile he was clearly an English patriot of the type we have all come to know and despise.

However, one fact that has attracted nothing more than a passing mention is that the gang was allocated neighbouring properties in a Cydweli cul-de-sac by a local housing association. So the obvious question is: given that these people were practising sexual deviants before leaving London, and had the convictions to prove it, why were they given a block of houses in a small town by a ‘Welsh’ housing association? Dozens of children in the area were repeatedly raped by the gang. The name of Cydweli / Kidwelly is now globally recognised, for the wrong reasons. And all because a ‘Welsh’ housing association behaved so irresponsibly.

On a number of occasions I have exposed and condemned the ‘Any-English-riff-raff-welcome’ strategy followed by ‘our’ housing associations. So, in a sense, this was a case just waiting to happen. But what about all the other low-life colonists causing more low-key problems in our communities, those who never make it to Crown Court and world media attention? Why do we have to put up with them? Or, more fundamentally, why do we have to endure ‘Welsh’ housing associations operating as they currently do?

‘Welsh’ housing associations clearly have links with local authorities and other agencies in England that want to get rid of problem families, drug addicts, alcoholics and criminals of all kinds. How else would a group of poorly educated sexual perverts in east London end up in a Welsh town they’d never heard of? The only conclusion to draw is that ‘Welsh’ housing associations are using Welsh public money to help solve England’s social problems and, by so doing, inflicting untold misery on Welsh communities. This system is indefensible and it must be stopped.

After the resounding Yes vote last week and now that the Assembly has power over housing in Wales housing associations must be reorganised so that they serve Wales not England. They must no longer use Welsh communities as dumping grounds for England’s undesirables. Housing associations must cease being an element in the Plantation strategy. Failure by the Assembly to act will be a betrayal of Wales and the Welsh nation. There can be no futher excuses and no more defending of the indefensible. 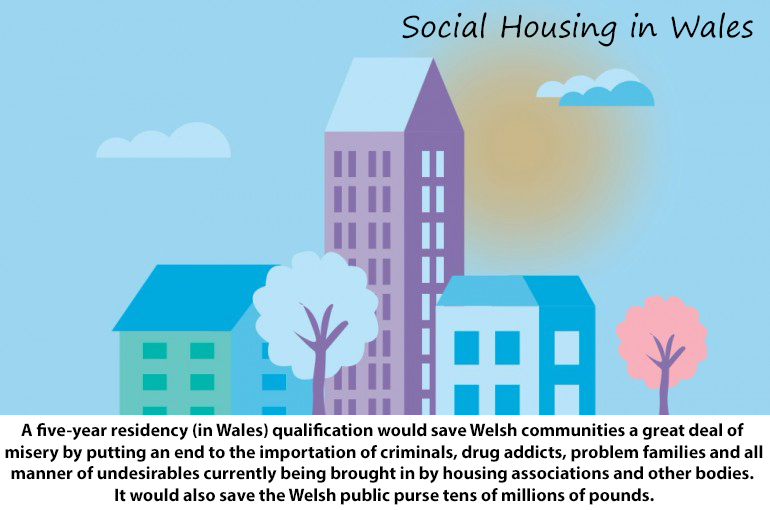 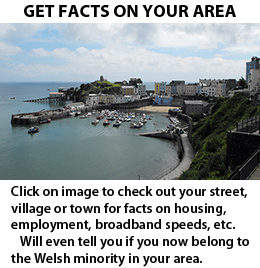